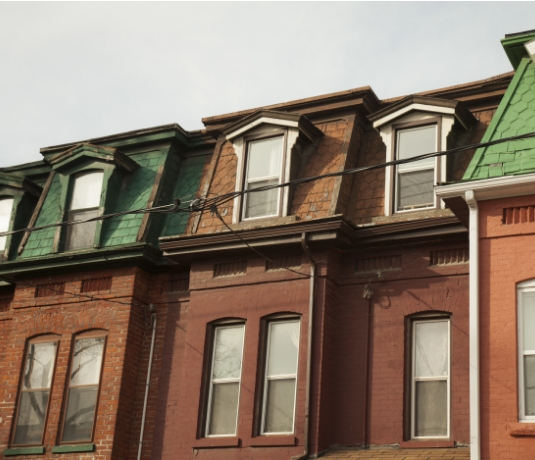 The absentee owners of three Cabbagetown row houses no longer face zoning bylaw charges after agreeing to stop renting the properties out for periods of less than 30 days.

Toronto’s Municipal Licensing and Standards division laid the charges against the owners of 102, 104 and 106 Bleecker Street after neighbours complained of issues relating to parking, garbage and rowdy weekend parties.

The three defendants were charged with permitting the homes to be rented out as a suite hotel, filling the rooms with paying guests who were using Airbnb and other short-term rental sites.

The properties are zoned for residential uses, not commercial purposes, under the city’s zoning bylaw.

But since the charges were laid late last year, city staff have monitored the use of the properties and found that “there has been compliance and therefore… the city feels… (it) appropriate to resolve these charges,” prosecutor Geoff Uyeno told court on Friday.

He presented to the court undertakings, signed by the defendants, who agreed that any rental shall be for a period of longer than 30 days.

“The undertakings will apply unless the zoning bylaws in the city of Toronto are amended such that a suite hotel or a short-term rental use becomes a lawful permitted land use,” he said.

“Each of the three defendants acknowledges they may be charged for future violations of the city’s zoning bylaw if there is an illegal short-term rental of properties.”

The defendants, Roman Neyolov, Svetlana Neyolova and Alexander Tkachenko, were not in the courtroom when their charges were withdrawn. A maximum fine for a zoning violation is $25,000 for an individual and $50,000 for corporations.

But their lawyer, David Genis, said his clients thought they were entitled to rent out the homes for brief stays after receiving erroneous advice from the city.

“When the city started looking into it, and prosecuting it, they saw that my clients never had any bad intentions, in fact they had intentions to comply,” Genis said outside court.

“City staff did not provide erroneous information to the defendants,” a city spokesman wrote in email. “The defendants may have misunderstood what were the lawful property uses of their residential property.”

Brian Kellow, who lives across the street, said he doesn’t care that the charges were withdrawn, but is just relieved the “integrity of our street was restored.

“My primary concern, and the concern of my neighbours, was that these houses were wrecking our street,” he said Friday. “What we wanted was neighbours. The idea that new families, or people will be moving in long-term to these houses, is great news. That’s all we ever wanted.”

He added things were much quieter on Bleecker Street this summer, compared to 2016.

Fairbnb, the union-led coalition fighting to have the home-rental business regulation, is disappointed the charges didn’t stick because, it says, no message of deterrence gets sent.

“Relying on the court system drags on for years and often doesn’t result in anything that deters people from breaking the rules. Fines are needed for both, hosts and platforms like Airbnb that are found to advertise, rent and profit from unlawful listings.”

“The 30 days make it a long-term rental. It would mean that the rental agreements will be governed by Ontario’s Rental Tenancy Act, which is a good thing.”

Earlier this year, a justice of the peace imposed a $10,000 fine on the owner of a Willowdale home who violated city bylaws by accepting short-term renters. The home had been the site of loud parties, including one where a young man was shot in the head, but survived.

The city continues to hold public consultations around proposed regulations that would allow short-term rentals in any type of house in Toronto as long as it is a person’s principal residence, whether owned, rented or leased.

City staff will submit a final set of proposals to council later this year.

Correction – September 15, 2017: The headline on this article was edited from a previous version that referred to the Bleecker St. owners advertising the rentals on Airbnb. In fact, the short-term rentals were advertised on other rental platforms and the rentals were taken off Airbnb about a year ago.